Understand the Quran By the Language You Understand

Quran is a Universal Message 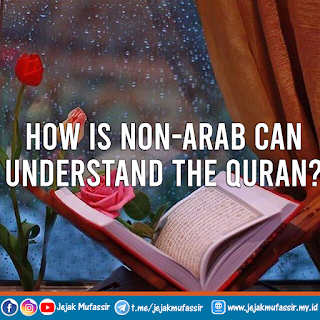 When a human being is born, he does not know any language. The child, he initially learns the mother tongue. So that, he can converse with the family members. Later on, he may learn the language of the society. So that he could communicate with the people around him. He may learn the language in which he is educated. Almost all human beings, they at least know 2 or 3 different languages. Some know three to five languages some linguists but most of the human beings. Almost all of them at least know two to three different languages.

Isn't it a requirement that we should know the language in which our Creator Allah ﷻ has revealed his last and final message the glorious Quran? Isn't it a must that we Muslims should learn Arabic as a language to understand the Quran?

I do not expect every Muslim to be as enthusiastic as dr. Morris, that they'd like to learn Arabic at the age of 50. But even if a Muslim does not know Arabic as a language yet he has got no excuse, because he can yet read the translation of the Quran. And alhamdulillah the Quran has been translated into most of the major languages of the world.

You Can Understand the Quran By the Language You Understand