What is the Quran?

It is a set of seventh-century revelations from God made to Muhammad in two cities, Mecca and Medina in what is now Saudi Arabia.
It heralds the truth that there is only one God, not the many gods still being worshiped in Ancient Arabia.
Of course, this was not the earliest revelation that there is only one God, that had been taught in Hebrew to the Jews and in Greek to the Christians before it was taught to Muslims in Arabic. 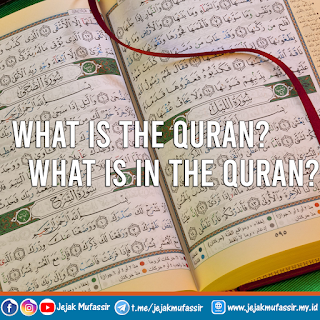 These three sets of revelation set apart the people of the book, each with their own special covenant from the same God.
There is only one. We believers in one God are on the same team as it were, and should protect one another's places of worship.
Listed in the Qur'an as monasteries, churches, synagogues, and mosques,
"where God's name is much invoked."
The Qur'an does not confine God's action to the formal covenants of religion. God tells us that he sends messages to all men all the time, beginning with Adam Who repented his sin in the garden, and became the first prophet. The unending stream of prophets includes Moses, and Jesus, Muhammad himself is The Seal of the Prophets not as canceling former covenants but as confirming them.
Allah was said in the Quran:
نَزَّلَ عَلَيۡكَ الۡـكِتٰبَ بِالۡحَقِّ مُصَدِّقًا لِّمَا بَيۡنَ يَدَيۡهِ وَاَنۡزَلَ التَّوۡرٰٮةَ وَالۡاِنۡجِيۡلَۙ‏
“He has revealed to you ˹O Prophet˺ the Book in truth, confirming what came before it, as He revealed the Torah and the Gospel.” (QS. Ali Imran: 3)
But the law of God is not brought only by human messengers in the Qur'an, creation itself is a set of messages from God which speak a divine code that we are told to decipher. God's intent can be seen in the beauty and the power of the universe. Moses does not speak alone on the mountain, the mountain speaks with him.
Allah was said in the Quran:
وَلَمَّا جَاءَ مُوسَىٰ لِمِيقَاتِنَا وَكَلَّمَهُ رَبُّهُ قَالَ رَبِّ أَرِنِي أَنْظُرْ إِلَيْكَ ۚ قَالَ لَنْ تَرَانِي وَلَٰكِنِ انْظُرْ إِلَى الْجَبَلِ فَإِنِ اسْتَقَرَّ مَكَانَهُ فَسَوْفَ تَرَانِي ۚ فَلَمَّا تَجَلَّىٰ رَبُّهُ لِلْجَبَلِ جَعَلَهُ دَكًّا وَخَرَّ مُوسَىٰ صَعِقًا ۚ فَلَمَّا أَفَاقَ قَالَ سُبْحَانَكَ تُبْتُ إِلَيْكَ وَأَنَا أَوَّلُ الْمُؤْمِنِينَ
“And when Moses (Mûsâ) came at Our appointed time his Lord spoke to him. (Moses) said: “My Lord! Show me (Yourself), that I may look upon You”. (Allah) said: “You can never see Me, but look at the mountain. If it can stand still in its place, then you shall see Me”. When his Lord manifested to the mountain, He made it crumble and Moses fell down unconscious. Then when recovered, he said: “Glory be to You, I turn to You in repentance and I am the first of the believers.” (QS. Al-A'raf: 143)
The world is constantly signaling to us, bringing us insights into the beauty and power of its maker. This should call us to a reverence for God's handiwork. An important message for our ecologically challenged era.

What is in the Quran?

Al-Quran contains various instructions for mankind to live life in the world in accordance with what God ordered and what God forbids.
Allah mentions it in the Quran:
ذَلِكَ الْكِتَابُ لاَ رَيْبَ فِيهِ هُدًى لِّلْمُتَّقِينَ
“This is the Book; about which there is no doubt (in any form), a guidance for the owners of Piety” (QS. Ali Imran: 3)
The Qur'an has more poetry in it than legislation, it sets ethical norms while stressing the need for mercy in our dealing with God's fellow creatures.
Force is allowed only for self-defense and never as a way of spreading religion.
Commercial dealings with fellow Muslims or with non-Muslims should be meticulously fair and never extortionate.
The relations of the sexes were still polygamous in the seventh century as among the ancient Hebrews and the original Mormons, but women are to be honored.
In fact, the dowry that was paid to a husband's family by the bride's family in Europe was paid in the Qur'an directly to the bride, and she retains this bride right, even if the husband divorces her or if she divorces him.
This carved out an area of women's rights unparalleled in the seventh century.
The Qur'an is a book of many levels and great depths.
Even non-Muslims can learn from it, as Pope Francis has proclaimed.
Therefore, studying the Quran is very important for mankind